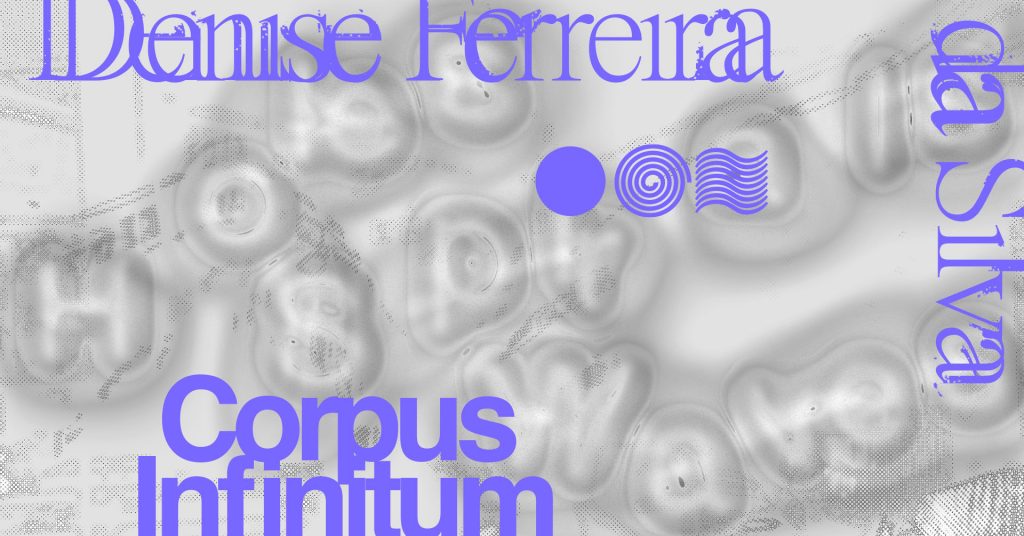 In her lecture, Denise Ferreira da Silva attempts to establish an image that is not contained in the presuppositions and prescriptions of Immanuel Kant. Ferreira da Silva examines a way of thinking that departs from the epistemological pillars of post-Enlightenment thinking (separability, determinacy, and sequentiality). In doing so, she arrives at an approach that does not presume a mind (in the sense of the Kantian or its separation from a body. This image allows for a theoretical basis for the assumption that every human and non-human existent is a body (corpus) without limits (infinitum).

Dr. Denise Ferreira da Silva is currently Professor at the Social Justice Institute, University of British Columbia (Vancouver, Canada) and Adjunct Professor at MADA, at Monash University (Melbourne, Australia). An academic and practicing artist, her work addresses the ethico-political challenges of the global present. She is the author of ”Toward a Global Idea of Race” (University of Minnesota Press, 2007), ”A Dívida Impagavel” (Oficina da Imaginaçāo Política and Living Commons, 2019), ”Unpayable Debt” (Sternberg/MIT Press, 2022) and co-editor (with Paula Chakravartty) of ”Race, Empire, and the Crisis of the Subprime” (Johns Hopkins University Press, 2013). Her several articles have been published in leading interdisciplinary journals, such as Social Text, Theory, Culture & Society, Social Identities, PhiloSOPHIA, Griffith Law Review, Theory & Event, The Black Scholar, to name a few. Her artistic works includes the films ”Serpent Rain” (2016) and ”4Waters-Deep Implicancy” (2018), in collaboration with Arjuna Neuman; and the relational art practices Poethical Readings and Sensing Salon, in collaboration with Valentina Desideri. She has exhibited and lectured at major art venues, such as the Pompidou Center (Paris), Whitechapel Gallery (London, MASP (Sāo Paulo), Guggenheim (New York), and MoMa (New York). She has also written for publications for major art events (Liverpool Biennale, 2017; Sao Paulo Biennale, 2016, Venice Biennale, 2017, and Documenta 14) and published in art venues, such as Canadian Art, Texte Zur Kunst, and E-Flux.